Despite the eerie screen and the occasional trivialization of hyper-connectivity everywhere, smartphones simultaneously transport us away from the immediate and closer to the distant.

What Experts Have To Say

The social scientist Jean Twenge has even questioned whether the so-called iGen generation was wiped out by cell phones.

More time spent on social networks like Facebook and cell phones could lead to depression, loneliness and psychological immaturity in young people.

Also in 2008, author Nicholas Carr posed the disturbing question: Is it true that Google is dumbing us down? Just by using the internet, a kind of knowledge and experience is imprinted in our minds.

In this scenario, instead of promoting focus and attention, technology encourages a superficial society.

The smartphone’s multitasking capabilities further shift attention and degrade the quality of our regular encounters.

The language of habits and customs is often used to attack these views. Technology is neither good nor bad, but how we use it determines whether it is beneficial or disadvantageous to us.

So it’s about changing social norms and habits, because the smartphone hinders natural dialogue, reduces human empathy and makes it difficult to spend time alone.

You don’t want to appear like a retrophonic stuck in the past. It is impossible to separate technology and human development.

Paradoxically, according to sociologist Sherry Turkle, we live in solitude and at the same time we are connected. Cell phones may have made us more productive and better connected, but the quality of those connections has greatly diminished.

It all depends on how it is implemented. How to use a new smartphone. Is that correct or not?

The Problem Of Neutrality

According to historian Francis https://www.techreviewsdaily.com/pr-and-social-media-friends-or-foes/Jarrige, critics of technology must shed any pretense of objectivity. Technological progress opens up new possibilities of use.

As the philosopher Paul Virilio recognized, it has both its advantages and its weaknesses. In addition, the smartphone has its own flaws.

The media theorist Marshall McLuhan famously said: “The medium is the message”. The tools we use have a huge impact on how we communicate.

Consequently, they have a profound impact on our thinking, our social relationships, and our cognition—all at the same time.

Even when smartphones are turned off, their mere presence reduces cognitive performance by distracting attention and making it difficult to focus, a University of Texas study found.

When we experience phantom vibration syndrome, our attention is drawn to look out for notifications even when we don’t receive them.

However, the mobile phone must be separated from the smartphone. It is through its connection to social media, rather than its ubiquity, that it creates dependencies and perverse ramifications.

Researchers from McGill University in Canada have found that the fact that we hold all of our relationships – work, emotions and cognitive abilities – in our hands leads to excessive use of mobile devices and other digital devices in general.

Because our phones are a window to infinity, we neglect others around us, leading to disorders like FOMO (Fear of Missing Out), Nomophobia (No Mobile Phone Phobia), or even phubbing.

It’s not uncommon to see people on the street totally engrossed in their smartphones while the rest of the world fades away.

Researchers in Taiwan have found that using a smartphone while running encourages antisocial behavior, reduces visual attention, and creates a constant sense of restlessness, all of which can lead to accidents.

The answer was: don’t use it when you run. In fact, the accident is pre-programmed as what we see and hear is filtered out, leading to sensory deprivation.

In addition, smartphones can be used to collect huge amounts of data in real time and apply them to our daily lives with the help of algorithms. 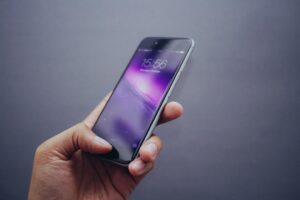 Borrow Instead Of Buy: Always The Latest Smartphone

The major smartphone manufacturers bring a new model onto the market almost every year. Although the small devices are already at a very high level of performance, there is always room for optimization. The camera is a little bit better, the processor even more powerful and the design even more spectacular. There are some mobile […] 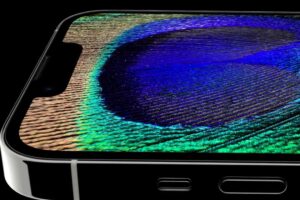 The iPhone 14 models are expected in September 2022. However, not only Apple has an influence on adhering to this schedule, the lack of chips and the corona virus also play a role. There are still several months to go, so there is still a lot that can be done in the meantime. This includes […] 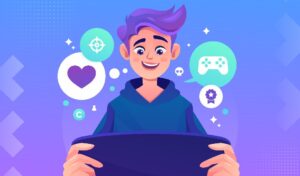 Android vs iPhone: Which Is Better For Gaming?

It should be common knowledge how popular gaming have become over the last few years. They are now everywhere, being featured in the news, TV commercials, billboards, and many other places. However, that makes sense given the industry’s size, which has grown massively since its inception. Today, the video game industry represents the largest entertainment […]